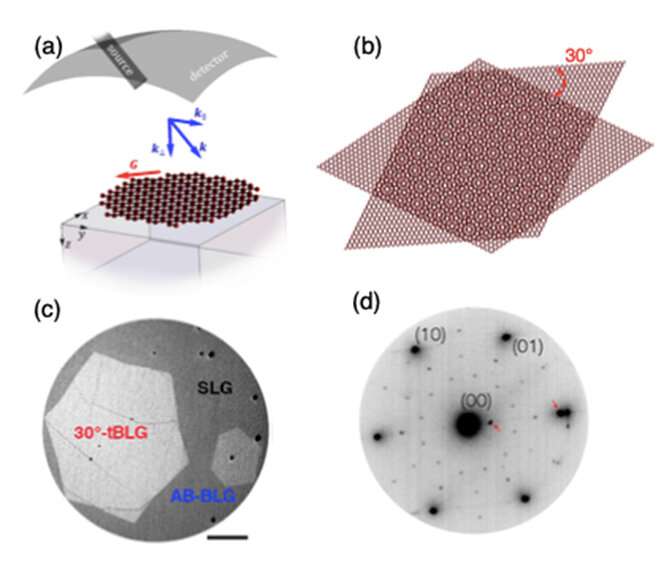 Researchers discover that twisting layered graphene can lead to the design of quantum technologies for more powerful computing and more secure communication.

Today, computer systems are based on silicon. However, the physical properties of silicon are reaching a physical limit in terms of how small transistors can be made and how many can fit on a chip. According to Zhongwei Dai, a postdoc in the Interface Science and Catalysis Group at the Center for Functional Nanomaterials (CFN) in the U.S. Department of Energy (DOE)’s Brookhaven National Laboratory, if we can understand how electrons move at the small scale of a few nanometers in the reduced dimensions of 2D materials, we may be able to unlock another way to utilize electrons for quantum information science.

When electrons are confined within a space with dimensions of their wavelength, the electronic and optical properties of the material changes. This Is due to quantum mechanical wave-like motion, in which electrons move through a material and are scattered by random defects.

Researchers from Brookhaven National Laboratory selected graphene to investigate quantum confinement effects, applying two different probes: electrons and photons. They detected electronic and optical interlayer resonances in a bilayer of graphene. In these resonance states, electrons bounce back and forth between the two atomic planes in the 2D interface at the same frequency.

They found that twisting one of the graphene layers by 30 degrees relative to the other, instead of stacking the layers directly on top of each other, shifts the resonance to a lower energy. They deduced that the distance between the two layers increased significantly in the twisted configuration, compared to the stacked one. With the change in this distance, the interlayer interactions change, affecting the motion of electrons in the bilayer system. According to the researchers, an understanding of this electron motion could inform the design of future quantum technologies for more powerful computing and more secure communication.

“Devices made out of rotated graphene may have very interesting and unexpected properties because of the increased interlayer spacing in which electrons can move,” said Jurek Sadowski, co-corresponding author and CFN Interface Science and Catalysis Group scientist.

“In this initial research, we picked the simplest 2D material system we can synthesize and control to understand how electrons behave,” said Dai. “We plan to continue these types of fundamental studies, hopefully shedding light on how to manipulate materials for quantum computing and communications.”

The research has been published in the journal Physical Review Letters.