Home » Blog » Electronics » “Entrepreneurs Should Never Give Up, But Take Calculated Risks And Be Open Minded”

“Entrepreneurs Should Never Give Up, But Take Calculated Risks And Be Open Minded”


Sheer determination and ambition kept him going even through challenging times. Vick Aggarwala, president and CEO of Supreme Components International (SCI), talks to Baishakhi Dutta about his career path that has taken him across the globe. 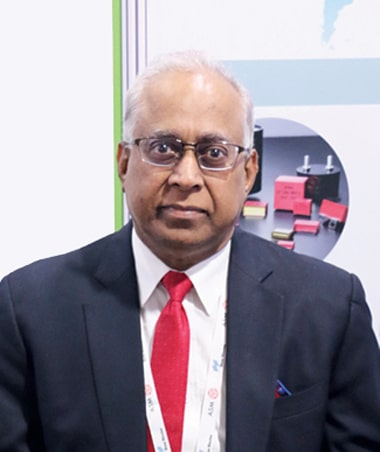 I was born and raised in Delhi, where I also completed my education. I have two brothers and three sisters. I am the fifth sibling. My father was a senior officer in the electronics directorate at DGTD, Udyog Bhawan, Delhi, government of India and my mother was a home maker.

I had initially planned on studying medicine and even qualified to go into pre-medical college in Hansraj College in Delhi. But then I got selected in Regional Engineering College, Kurukshetra, where I did electronics and communication engineering in 1975. At that time, electronics was a relatively new subject, so I thought it would be better for me to enter this upcoming career line. Ours was the second batch of electronics and communication engineers in India with only about 400 passing out. I also earned a merit scholarship that covered the four years of my engineering degree.

My wife Priti has been a professional Kathak dancer and has performed all over in India, including at the Rashtrapati Bhawan. She’s also a doctorate in homoeopathy from the British Institute of Pharmacy and has a master’s in English Literature. Currently, she helps with the finance and operations of our company.

Our son Piyush is helping in growing our business for the LED lighting division. He is an electrical and computer engineer from the Rochester Institute of Technology, New York, USA. He lived in the US for 13 years before he returned to join our business six years back.

My daughter is in Singapore. She graduated from Singapore University and is a director of one of the top marketing and advertising companies in the world. She is married with two beautiful daughters. We are all Indian-born, Canadian citizens as well as Singapore PRs (permanent residents).

The stepping stones in my career

After completing my education, I started out as an R&D engineer in the semiconductor company called Continental Device India Limited (CDIL) at Naraina, New Delhi. I very quickly moved into bigger roles, and was one of the few engineers chosen to bring in the colour TV technology into India, on behalf of CDIL. I got trained at various colour TV factories for months together in Germany before we introduced that technology into India.

After CDIL, I worked in Delhi on new projects in electronics, launching colour TV components and assemblies, and setting up colour TV accessory plants in India. I later became the CEO for the United Group, setting up the firm’s colour TV plants in Bhopal.

Once this was completed, I shifted to Canada in 1986, where I worked at Future Electronics for six years. After my 14 year stint at Future, I worked in Alcatel for just under two years, running its microelectronics division for the Asia-Pacific region and setting up all the sales and marketing offices in Asia, before the division got sold to STMicroelectronics and AMI.

I then decided to move back to component distribution at NU Horizons (now Arrow Electronics) Asia-Pacific in 2002. After that, I acquired Supreme Components International and have been heading the company ever since.

The turning point in my life

Sheer determination and ambition have helped me evolve as a professional over the years. I think moving from India to Canada was a big eye-opener for me. I realised I was missing out on so many things while I was in India, where I had seen less than 1 per cent of what I encountered in the Canadian electronics industry—the systems, the processes, the procedures and so many other things. I also realised that being an Indian and a person of colour in a country dominated by Caucasians, I needed to work much harder to do better than the locals.

At that time I decided I would work even four times harder than the Caucasians in order to be at par or to get promoted. Those were challenging days, but I did it and eventually even employed the local people. There was a time when I had Americans, Canadians, Germans, Japanese, Thais, Filipinos and others working for me. After that, I moved back to Asia, opening up 40 offices in 13 countries with three distribution centres in Asia-Pacific.

My key contribution to the industry is in bringing the North American distributors to the Asia Pacific region. Future Electronics was the first one to come to Asia and set up operations in Singapore, followed by offices in Hong Kong, Taiwan, Korea, India and, finally, Japan. In 1993, Arrow Electronics entered Hong Kong by acquiring local firms in the city. So it bought Component Agent Limited in Hong Kong, which was the National Semiconductor distributor at that time. Avnet also came to the region in 1994 by acquiring Texny (Texas Instruments’ distributor) in Hong Kong. I am happy that I got a chance to play a big part in this revolution.

When I moved to Canada, I was told to change my name, since people found it difficult to pronounce it—at my workplace as well as among North American customers. I was in need of a job as I had to look after my family back in India, and going back was not an option for me. However, I didn’t want to lose my Indian identity. So I thought a lot about this and came up with an idea. I did not want to give up the alphabets that comprised my Indian name.

Also, I was working in the component industry which was very close to my heart. Hence, combining the two, I decided my new name was going to be ‘Vick’. The alphabets ‘V’ and ‘K’ were in my original name and ‘IC’ represented the industry that I worked in. That’s how Vick Aggarwala was born—a name that now has strong brand equity of its own in the electronic components industry internationally.

I believe in leading by example. I firmly believe that persistence and perseverance are important traits, and so is integrity. Also, people with the hunger for success are driven by a high level of energy and a positive attitude.

A few years down the line, on the professional front, I would like to make sure that Supreme Components International is among the top 50 global distributors in the world.
From the personal point of view, it will be important to ensure that I continue to be healthy and fit. That’s one of my goals so that I can continue to serve the industry and continue to give back to society.

lThere is a lot to be done in the components industry. One should find out the possibilities of addressing existing challenges to create a much stronger ecosystem. Also, entrepreneurs should never give up. My advice to them would be, “Take calculated risks and be open minded. You don’t know what you can get away with until you try. Give it a shot.”