A smart wearable whose battery runs out in a few hours is not desired by anyone. But by identifying the associated problems and carefully designing the power circuitry, this battery issue can be avoided. 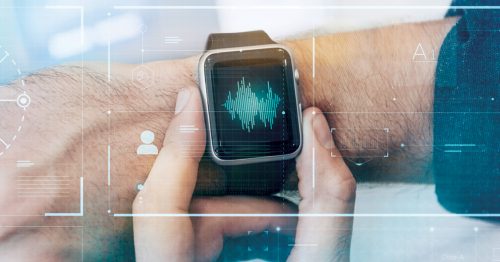 We are living in an era when electronic devices are an integral part of our daily life as these have made it very convenient for us to study, work, exercise, travel, communicate, and monitor things. Wearable devices, in particular, have become so lightweight and useful that many people like to carry them around every day.

In healthcare applications, wearables can be used to monitor heart-rate, blood pressure, SpO2 level, calories burnt during exercise, sleep tracking, and more. These devices monitor a patient’s health, allow personal diagnosis, and fitness tracking. Some of them also enable a wireless interface between a patient’s doctor and the device for remote monitoring and control. This keeps the doctor informed about the patient’s health status without either of them visiting the other.

For some neonatal cases, there are special forms of necklaces and even earbuds that can monitor a newborn child’s body temperature and pulse. Such devices need a power management system that can last for at least nineteen hours before recharge.

With so many features and functionalities, the battery management system (BMS) of a wearable takes more time to charge. Despite improvement in batteries’ capacity in the last decade, the stored charge drains rapidly after a limited period of time. This decreases a wearable’s lifecycle and, as a result, the battery needs to be regularly replaced or changed to a rechargeable battery, which increases maintenance and cost.

Also, a BMS that lasts for only four to six years is not helpful. Battery lifetime is a critical issue in wearable devices.

Small size factor is another critical issue for wearable devices. A battery’s complex internal structure can significantly increase the size and cost of the devices, making it inconvenient for people to wear them.

Some of the new ways to achieve efficient power management are:

1. Bluetooth LE 5, Wi-Fi, or RFID. They consume low power (in microwatts) and offer effective data transfer facilities on an SoC.

2. Advanced CMOS technology. It has enabled the evolution of low-power circuits and systems. It allows the device to operate at a sub-microwatt power level.

3. Energy harvesting sources. With the shrinking transistor size, there is a need for efficient management of power sources. This means we should consider generating energy from thermal, vibration, or solar sources. However, energy harvesting brings some design challenges with itself, since harvested energy has voltage swings and depends on the availability and size of the harvester.

A typical block diagram of wearable device has sensors for heart rate, ECG, pulse-rate, pedometer, and others. These invariably require good interfacing with the controller through some ADCs or some other type of analogue front-end converters. Right selection of the controller is important to save power.

If we consider some blocks such as blocks of the sensor, energy source, and power management (for analogue front-end processing, wireless transceivers, and processor), the energy source powers up the entire device. So, the power management block should efficiently distribute this power to the different blocks in the system.

After that, the sensor block will collect data and send it to the digital processor where the digitised data would be processed and saved in memory. The data can also be stored to calculate the average value. Finally, the wireless transceiver block sends the processed data to another user/receiver.

These blocks generally require low-power electric current in microamperes (mA). So, most of the time, the low-power transmitter outputs something like 160mW at a maximum data rate of 200kbps, whereas it practically consumes around 190nW. When the device is duty-cycled by 0.013%, usually the wireless transmitter consumes a much larger amount of power and therefore operates in a duty-cycle fashion in order to minimise the overall power consumption of the device.

Patients admitted to an ICU are those who are critically ill and are generally unable to breathe on their own. So, to ventilate their lungs, the clinician creates an airway inside a patient’s windpipe to provide artificial respiration. This is known as Intubation, wherein a plastic tube called an Endotracheal Tube is inserted into the mouth so that one end reaches the trachea (windpipe) while the other end is connected to a mechanical ventilator.

However, due to lung secretion, mucous, or blood clot, these tubes get obstructed, which results in compromised respiratory efficiency and can result in brain damage or even death.

Since there are only two to three minutes available for taking proper action, the blockages need to be removed immediately for the endotracheal tube to pass air, else the patient will die within no time.

To perform intubation, expert hands are required, generally of an anesthesiologist. But in most cases, these specialists are not available in time. So, in such a scenario, a smart device can be worn by the patients in ICU or other critical hospital environments. The device’s sensor can act as a connection between the mechanical ventilator and endotracheal tube to monitor and detect obstructions in real time.

After designing the smart devices with the help of traditional operational amplifiers, ultrasonic sensors, or acoustic sensors, the main challenge is the battery since endotracheal intubation can last four to eight days. To overcome this, you need to develop a circuit that enables the device to run for 70 to 78 hours with a single charge, has a processor block and analogue front-end block, and 1.5kb of SRAM. Some devices also include EEG bands, heart rate monitor, atrial fabrication detector, and more. 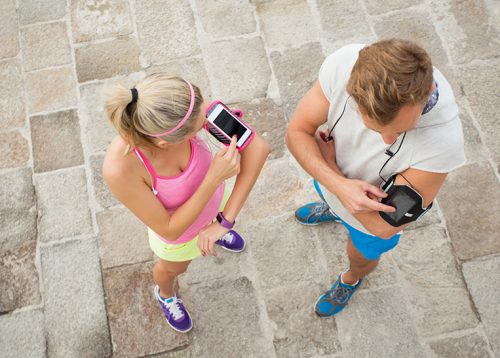 There are too many power dissipating components in an integrated system. One of the approaches to minimise power consumption is to reduce the dynamic power. Dynamic power is the power consumed by the circuit when it is switched on. It comprises switching power and short-circuit power.

Quadratic manner relates to the comparative behaviour of voltage, total current, leakage current, and dynamic power when a graph of energy with respect to the voltage is plotted.
To further reduce the power consumption, frequency scaling can be done in conjunction with voltage scaling. Reducing voltage and frequency is referred to as dynamic voltage frequency scaling. It significantly reduces the dynamic power according to a device’s required performance.

However, increasing the voltage frequency scaling and operating it at a sub-threshold voltage increases the leakage energy (since the device operates longer and slower in this region). Therefore, it is better to operate near a sub-threshold region where both leakage and dynamic power are optimal for a highly power-constraint wearable device.

Supply voltage scaling is done to produce the desired voltage level for each block. Since these blocks consist of an SRAM that operates at a minimal voltage of 0.9V in 45nm CMOS technology, there is a requirement for power management (with respect to the blocks).

Whereas digital blocks can be operated at 0.4V to minimise power consumption when data is transferred via a wireless transmitter-receiver. Thus, multiple voltage levels are required in a single chip. So, the block requires a voltage level of may be up to 1V.

This type of voltage scaling can give the required power to the blocks. Otherwise, if a block that is not supposed to consume too much power gets a large voltage or current, the battery will not last long.

Leakage power is the power consumed by the circuit when it is inactive. Although some activities can be performed in the sleep mode, these are limited to the microcontroller only. With soft programming you can control the sensors and the transmitter block, that is, when it has to power up and when it has to go into deep sleep mode. That will save a lot of power.

The leakage power can be determined when the circuit is operating but a part of it is inactive. It means that when the IR sensor, pulse rate sensor, and SpO2 sensor try to send data to the microcontroller, it is not received properly because some part of the controller is still inactive. This type of power is also called Active Leakage, that is, some blocks are active while some are inactive.

Due to the large number of transistors in a single chip, leakage power becomes critical. This becomes important especially when there is a multi-core SoC, that is, an SoC that has cross-voltage and performs some virtual circuit switching operations (data transfer from one place to another with the help of low-latency as well as low-power consumption).

Although CMOS transistor size is shrinking and the device speed is improving, the leakage current is also rapidly increasing. This is due to the channel lengths in CMOS and PMOS devices. The impact of leakage power becomes worse as the average power consumption is dominated by power during the adder time. Therefore, duty cycle technique is employed to ensure the system enters a low power mode during idle time when the supply voltage is reduced for some blocks and supply discontinued for those blocks that do not require it.

This arrangement with the help of soft programming saves lots of power while performing operations like walking and trekking as well as sending data via Bluetooth LE to mobile based applications. When the device wakes up momentarily, it consumes power in milliamps to perform repetitive tasks of sensing, processing, and communicating, and then falls asleep till the next task is assigned.

To manage power effectively, you have to focus on all these elements. Focus on every block that is a part of the device like sensors for processing blocks, transmitting-receiving blocks, and voltage regulator blocks, and assemble them in such a way that the device consumes minimum possible power.

The article is based on the talk ‘Balancing Power & Conservation In Smart Wearables’ by Abhijeet Bhagat, CEO, Atmen Technovention, which was presented during January edition of Tech World Congress 2021.

Cerebras In The Cloud: Get Your Wafer Scale in an Instance