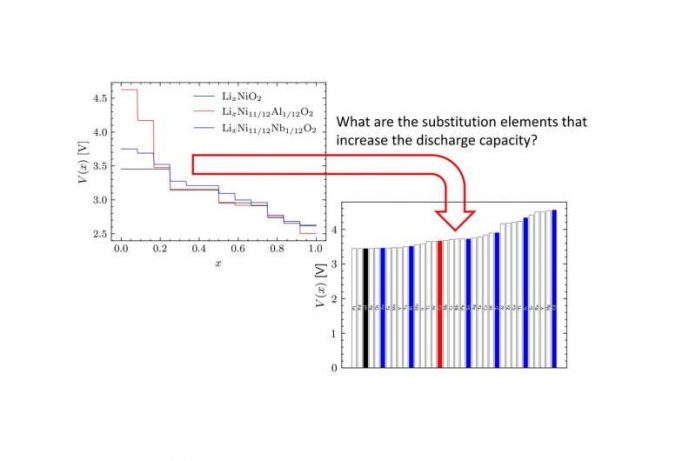 Lithium-ion batteries are improving significantly with advancement in technologies. The aim is to create better batteries to power electronic devices for longer durations. And scientists across the globe are devising methods to increase battery performance. One effective method involves the atomic substitution of positively charged ions, or ‘cations’, in the cathode material. However, implementing this method experimentally is very complex and expensive. Therefore, researchers have to rely on simulations for narrowing down the choices of cations.

To solve this issue of low discharge capacity, a team of scientists from Japan Advanced Institute of Science and Technology (JAIST) have conducted an extensive screening of different cations for partial substitution of nickel in a nickel-based LIB for enhancing the battery discharge capacity.

The scientists used relatively inexpensive techniques such as density functional theory and cluster expansion to identify suitable candidates for cation replacement. They then applied SCAN (strongly constrained and appropriately normed) functionality to the inferred candidates to assure reliability and accuracy in voltage predictions. The SCAN function can predict the discharge voltage profile successfully.

The scientists found that the highest discharge capacity was obtained when nickel was partially substituted with platinum and palladium in nickel-based LIB. The results were consistent with the experimental data, validating the proposed methodology.

The work has been published in a recent issue of The Journal of Physical Chemistry C.