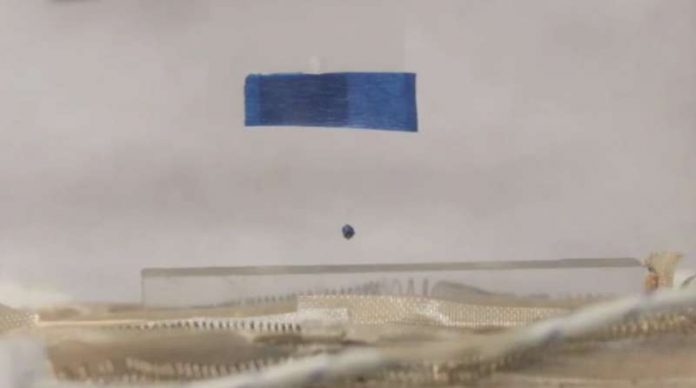 Researchers and scientists across the globe have been trying to create artificial muscles, both to replace the lost human muscles and to give human-like qualities to robots. Fibers that are capable of generating such human muscle-like responses are commonly found in nature, but it is still very challenging to fabricate fiber actuators with combined large actuation strain, fast response speed, and high power density.

Researchers have tried to create fibers that are very much like human muscle fibers, but they have suffered from slow response times due to their complex nature. Researchers From University of California have created an artificial human muscle-like fiber with properties such as tensile strength, high power density and quick responsiveness.

The fabrication technique used by the researchers is electrospinning. They started with a polymer called liquid crystal elastomer (LCE). They created a solution with a small amount of LCE and sucked it into a very small syringe-like apparatus. They then subjected the apparatus to a burst of very high voltage which resulted in the polymer shooting out of the tip of the apparatus as a very thin stream. After drying, an elastic fiber is formed measuring 10 to 100 micrometers in diameter, depending on the size of the hole in the tip of the apparatus.

Due to the small diameter of the LCE microfibers, they can generate large actuation strains (~60 percent) with a fast response speed (<0.2 second) and a high power density (400 watts per kilogram). The researchers, moreover, reported  no performance degradation after a million cycles of loading and unloading with the maximum strain of 20 percent at high temperature (90 degree Celsius).

The researchers tested the fiber by using it in various practical applications. They built micro-tweezers with it, for example, and also used it to direct the movement of a micro-swimming device, a tiny artificial arm and a microfluidic pump.

According to the researchers, their process is both easy and inexpensive, suggesting it could be used to create fibers for a wide variety of applications.

The research appeared in the journal Science Robotics.

AI Based Weather Forecasting For Farms